I 3D printed some Pinkguy models last week and got some really good results! I saved my model in some poses (and made sure the mesh was in good shape) as OBJ’s from Maya and put them through the 3D printing software – resizing them and positioning them before saving that onto an SD card and putting that into the 3D printer! I am going to paint them and then maybe find a way to incorporate them into my film in a funny live-action fight sequence. I was also thinking i could 3D print a sequence and photograph that as a stop=motion sequence – each frame would have to be printed off and painted. This would take a fair amount of time, not just to actually print, but to paint and sort out a background and also decide which scene it could work for. But it’s a thought for now anyway.

They are built up very slowly layer upon layer, and the inside is created with this grid structure to save on material while being incredible sturdy and durable.

On the back of that I decided to model a higher quality Pinkguy action-figure to print on the higher quality 3D printer! I modelled him in Maya and then textured him in Zbrush to really make him come to life and see how far i could push the quality of the 3D printer. I wanted to go all out, instead of just printing another relatively simply sausage man. So i gave him a robot claw arm, with a flamethrower attachment, and I made him ride a jet-powered skateboard with a skull on the front and a boombox with missiles hanging off the side. I gave him armour and spikes and a horned helmet that he can (hopefully) take off, as well as two swords which he should be able to carry in his hand and also holster in his belt. I gave him a predator-style shoulder-mounted gun turret and then gave him scaly skin and roughened everything up. There was so much more i wanted to do with him and add but I have to prioritise my animation even though modelling my own action-figure has been so much fun! 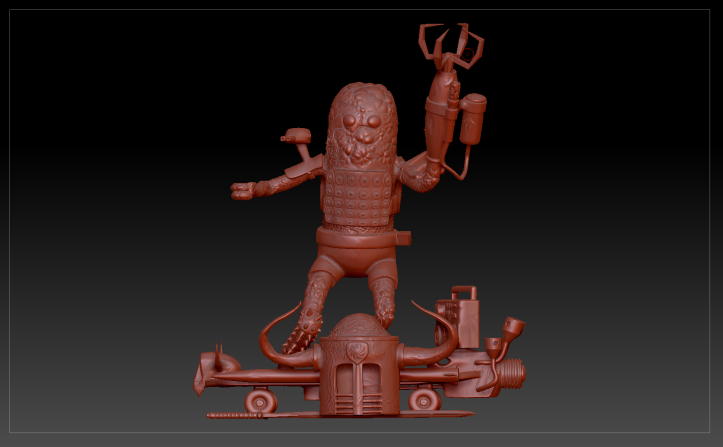 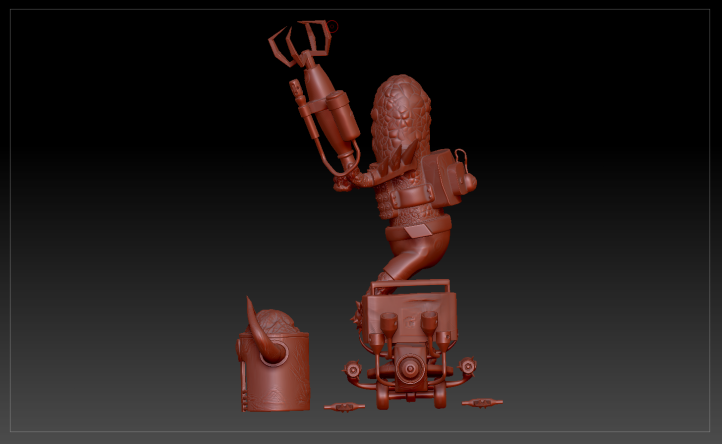 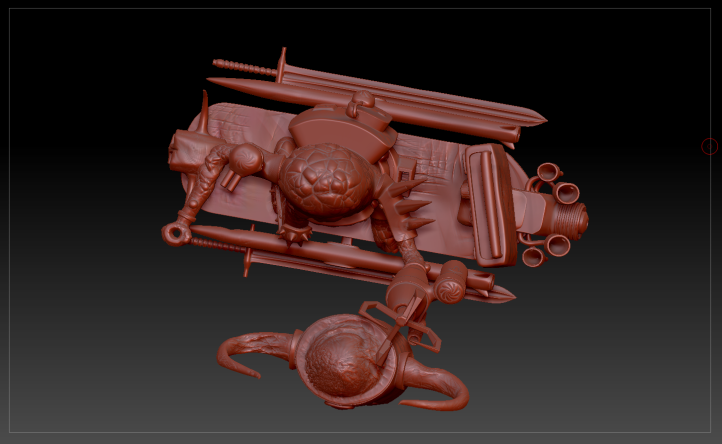 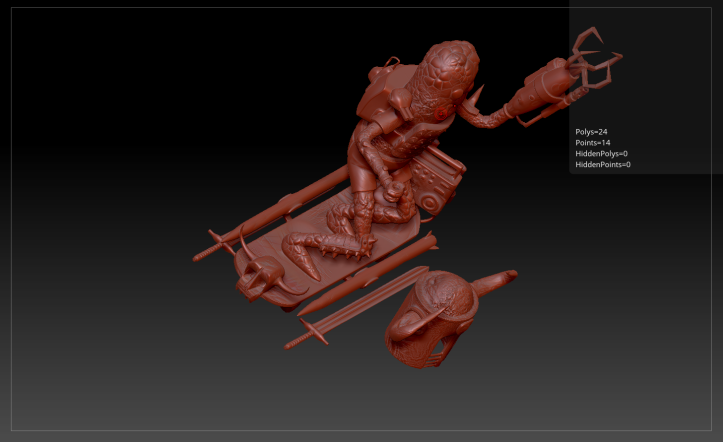 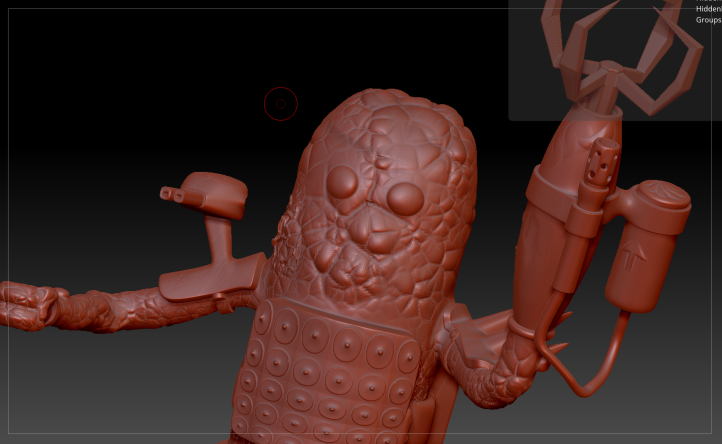 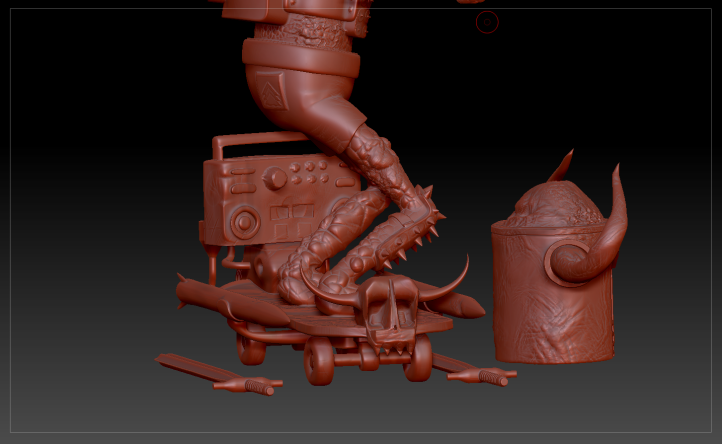