The mask! This is the mask the player Pinkguys wear when they are controlling the fighting Pinkguys. I designed it to resemble a human skull, to give the idea that they are like masks of death – because in the film they kind of are! I made the blue lights glow a bit, to show the mask is ‘on’ and so the audience will know straight away it is some kind of electronic device.

I was looking at the finished model and decided that the eyes weren’t round enough, and they were quite small, so i went back to the model and fixed that.

After looking at this version of the model I decided I wanted to see what it would look like with the blue lights on the inside of the mask around the eyes. I thought it would look cool and draw the viewers eyes to the eyes, where the Pinkguy can see through the other Pinkguys eyes when fighting. So highlighting that area would make some sense and could make the mask look more alive with technology.

I think the blue around the eyes works really well and look really good. It makes the mask seem more like a piece of virtual reality hardware imo, and makes it appear to be a device more obviously. Finally i wanted to think about how the mask attaches to the face. So far it just does. It suctions itself mysteriously to the face and stays there. Which is fine. But not brilliant. So i thought about how that could work, and obviously i thought about tentacles! Tentacles are covered in little suction cups, so i wanted to try and replicate that kind of idea for the mask.

And this is the result.  I started adding the suctions all over the mask in places i thought the mask would need them to stay attached to the face, and then i just kept on adding more and more. I was tempted to cover the entire inside of the mask but i was spending way too long on it as it was, and if i want to do that in the future i can. I think it looks pretty good as it is. I’m not sure if i prefer the mask with or without the suction things. 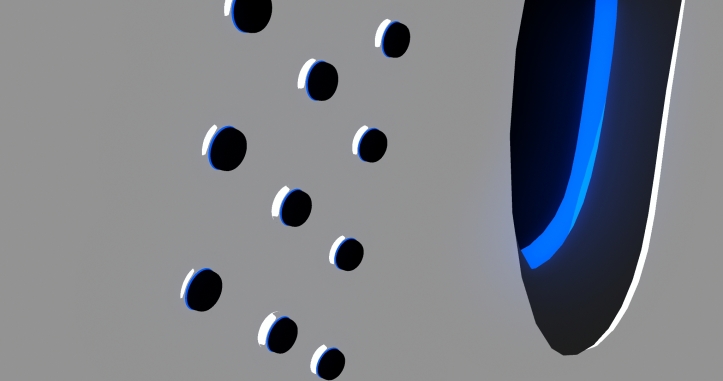 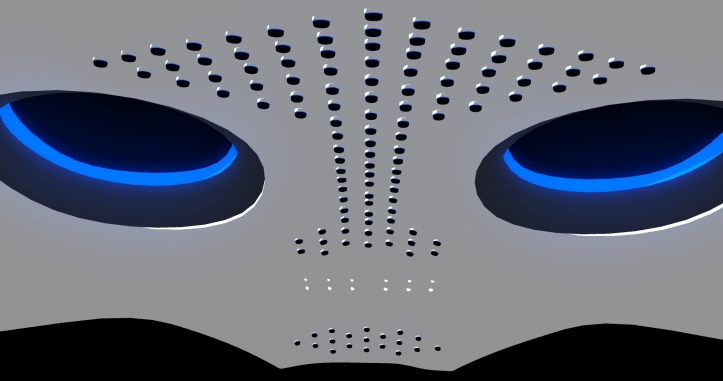