The Big Green Head is a design for the Big Brother floating head advert character. These are some initial designs that i’ve been working on today for it.

I wanted to use to the green on black colour for this, at least somewhere in the design, to reflect the idea that it is some kind of advanced AI that is controlling everything. With the use of robots that aid the humans (players and fighters) with getting ready for the fights and autonomous police tanks and drones in the background to the exterior shots, I wanted to have this computer feel to the Big Brother head. I think it has vibes of the Terminator about it. Fallout the video game series also utilises green on black because of the same retro feel because of old computer screens.

Basically every ‘job’ is done by some kind of robot. Getting the humans ready for fights. Wiping Pinkguys’ mind will be automated. This is a future world, although dystopian, it is still advanced technologically in many ways – although I definitely want to have a retro  aesthetic style to the world – it could look more modern in the players world – which would be a good contrast between the two. I think having a bus with a driver is probably not what I want to do – either the bus is automated, or those travel scenes should be on a train. When I was creating the rough draft storyboards, I just chose buses probably because I travel on one every day rather than any good reason. The important thing is that Pinkguy can see his reflection in a window – during a reflective moment for him while travelling towards his impending fate.

So i started out with the green on black colour scheme and began putting some designs together. I decided quite quickly that I preferred the way the wire-mesh style looked, and wanted to pursue different designs in that style. 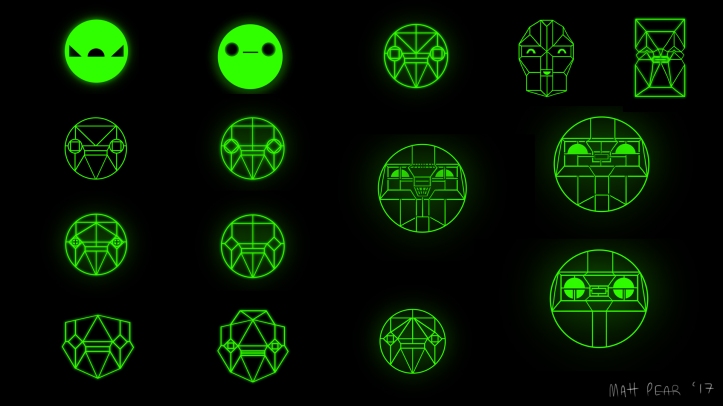 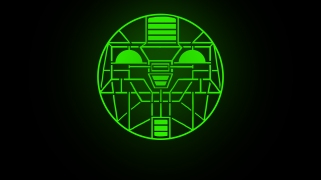 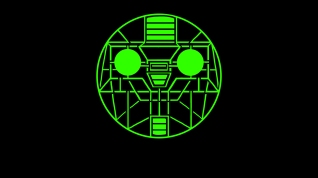 I like the idea of there being a big false mouth – like how some moths have fake eyes to ward off predators, the huge fake mouth grins widely at the audience to create a false sense of safety, happiness and comfort. I think that would fit the character as he’s supposed to be somewhat ominous – but at the beginning the audience doesn’t know that, so i want him to be somewhat cute as well – which becomes more sinister as things progress. 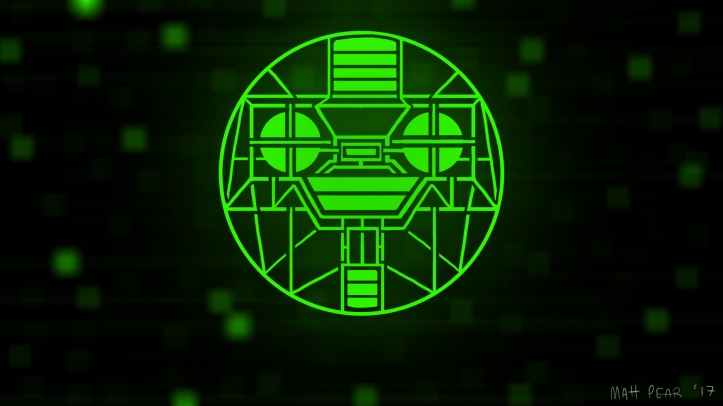 Other things to consider:

All the designs i have done so far are very symmetrical. Symmetry is really attractive, and can be found everywhere in design. It has this sense of balance and familiarity. It’s innate – and can be found naturally occurring in nature – humans, plants, animals – it’s everywhere! So it’s no wonder we utilise it for design, to make something pleasing to the eye. Perhaps I could subtly subvert that with this character – so you know something is off, but you aren’t immediately sure what it is.