This is an updated storyboard. I’m just experimenting with the shots and seeing what I think looks good, and what I might want to include in my final film. The story is not fully formed, so this is jumping the gun a bit, but I want to visualise what I have so far and see how I need to adapt from that perspective.

I haven’t put all the relevant information with each frame as well – e.g. the dialogue that the opening character in the advert says. So it’s not super easy to follow. The advert needs fleshing out anyway – I think it needs more than just a floating head.

The floating head opening character introduces the audience to the fights, explaining that they need more fighters to ‘come on down to your local fight club and take part’ with the additional information that ‘if you’re a winner you have the chance to win a ticket to paradise!’

This is the incentive that drives the main character to take part in the fights. Then later we discover that it’s more of a difficult decision and bigger risk because he literally hands over all control to a ‘player’ who uses him to fight on his behalf.

This is so that players and audiences can get the most realistic fights possible without having to risk their own lives and limbs. I’m not sure if the end of the fights will end in definite death, thus making them even more serious – or whether that is not necessary, as the point that they are getting badly hurt for someone else’s sport (with zero guarantees that we can see that they get anything from it – just a promise of a chance to win something) is already made. 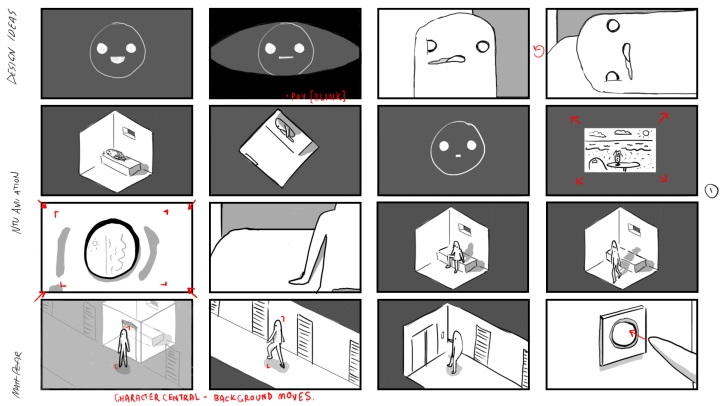 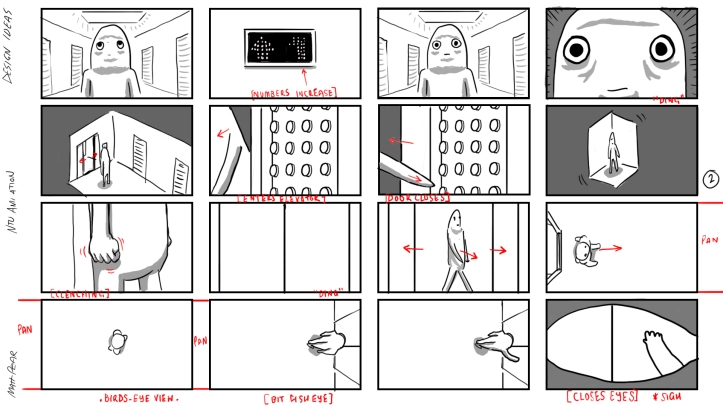 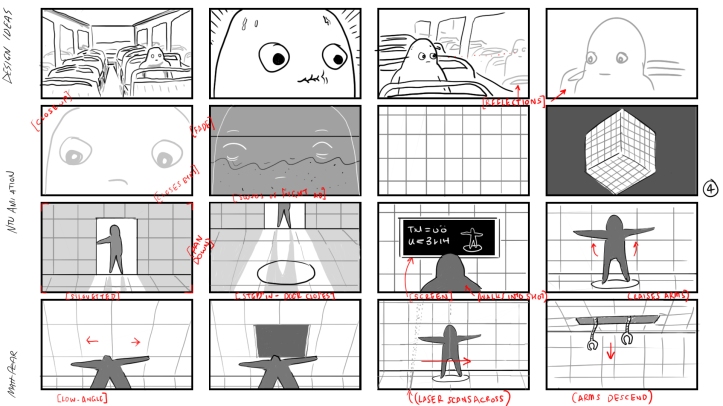 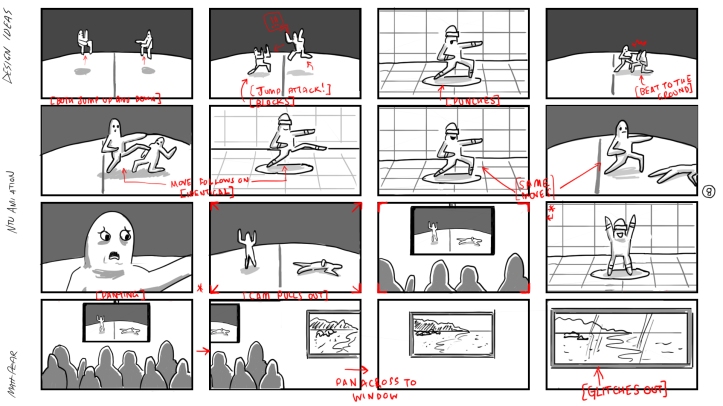 There are a lot more frames in this storyboard than the last, partly because i’ve drawn the fight out as well. But it is a lot more substantial than the last rough storyboard – and the story is beginning to take a better shape. I think the ending needs a little bit of work but is basically there.

I have left out the ‘finish’ him with audience participation for the moment. I’m not sure that i want to actually include it, as I don’t think i need it. It’s something to think about anyway. I think i would prefer if the main character fights – there is no blood and gore just cartoony action and reactions, and then at the end once it’s over he looks at the broken and bloodied body of his opponent on the floor – as the reality is clear now for all to see – cue emotional response from main character.

It’s going to be quite a dark animation – both figuratively and literally! Shadows and light help set the tone and mood of the scenes – and are used to highlight certain parts of the action. The outside is night time, so we can see it lit up and moody and get proper reflections on the bus windows.

The ‘window’ glitching out represents the fakeness of the ‘better’ world that the main character strives to be a part of. It’s not all that it seems, and not what he hopes it will be.

The symbols i’ve used in this storyboard are a made up language, so the audience isnt supposed to be able to read them – but they should be able to infer what they are saying to some degree. I have to decide if the spoken word be english or another made up language? I’m not sure it has to be understandable – as long as the story and action can convey enough. I can experiment with that anyway.

I think that the advert character should reappear at the end of the film – to come full circle. I think he should also appear at other points in the film, but especially at the end – like the ‘fight club’ and the players ‘grid’ room. 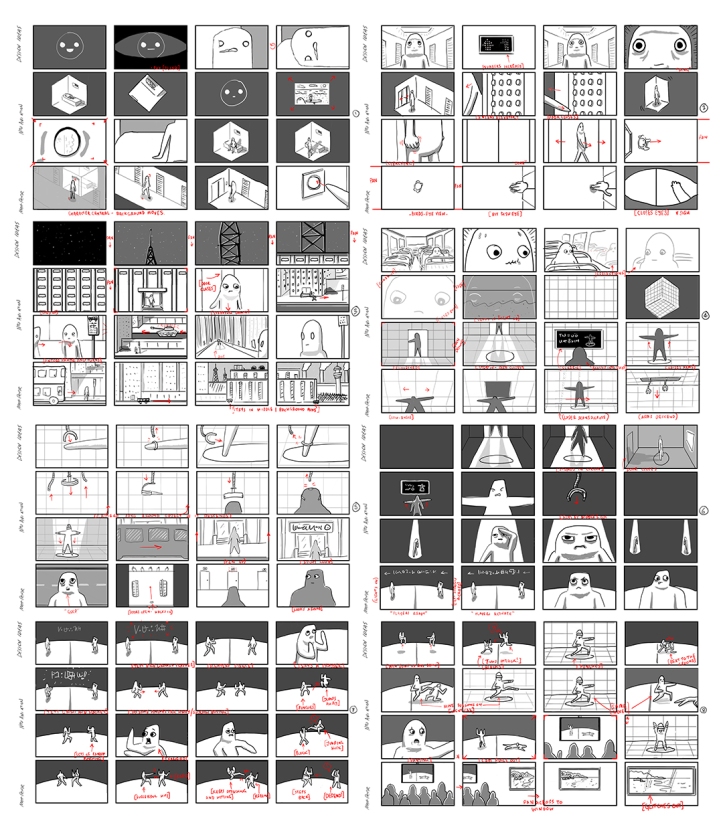 I like how the story is progressing but I think it still needs more work – and I need to really hone in on exactly what the question is I need answering.

There are also some things I think could work really well in this version of the story which I want to consider moving forward, like a dream sequence. Similar to the daydreaming about paradise, he could imagine himself in paradise and it could turn bad – a scary monster or shadow or something takes over the dream and he wakes up with a start.

He could imagine all sorts of things – it could be quite bizarre and really delve into what the character is feeling more.