Here are a couple of pages from my sketchbook where i was exploring some ideas and designs for the arms. The robot arm is the one that i am least sure of, and how i want it to look and function. I think that a robot arm that looks pretty well human would be great, but a claw design also looks good and then the characters of the arms are very different  – slowing the differences and contrast between them. 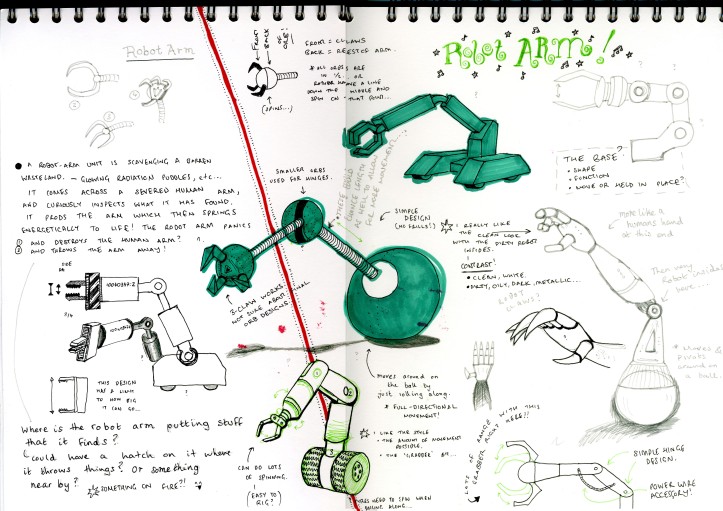 I think that the robot should be able to move, so it should have wheels or a ball that it rolls around on – either that or it should be fixed to a location and the zombie arm comes to him! A simple grabber would be fun to use, it would have been interesting to do an animation where the robot arm is from an arcade machine and the zombie arm is the prize! I still like the simple encounter and freak-out idea, but i always like to entertain different ideas all the way up to animating, and often even while i am still animating. 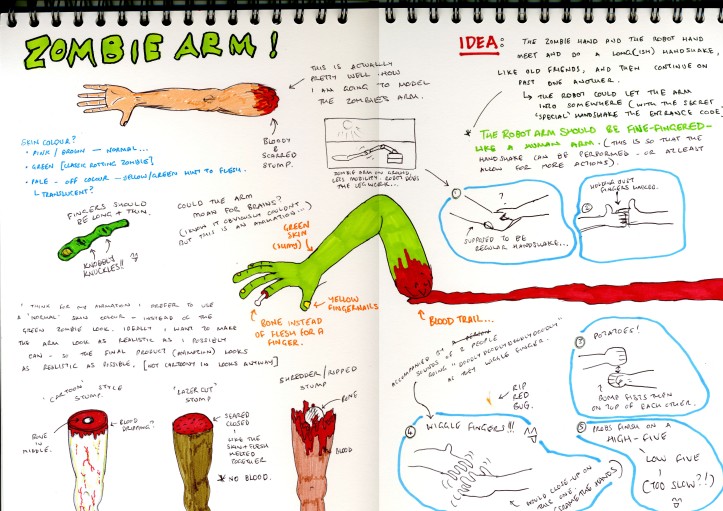 I like the idea of the robot and zombie hand meeting and having a positive interaction, like the handshake that i have written about here. I think that a secret handshake with different cool moves could look great! I still need to decide for definite exactly what i want to do for my animation. The handshake could also be very simple, its only 1 minute long, but really i need to begin animating to see what is possible and what will look good. 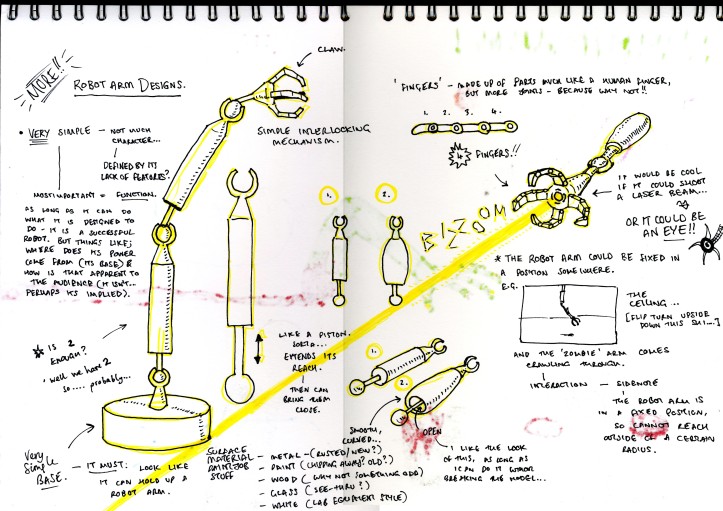