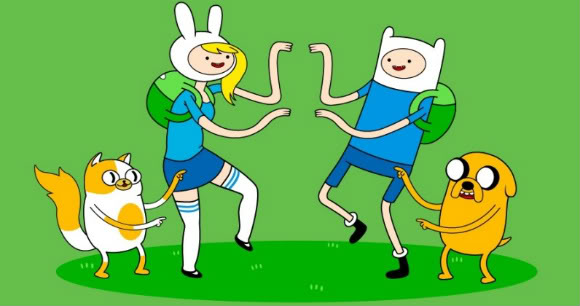 Adventure Time is an animation aimed at a fairly broad audience and is the classic story of a hero and a princess in a fantasy world. Its a story as old as time, but it really isn’t, Adventure time tells its own story using all our favourite classic character tropes and popular culture references. There is an episode (at least one) where all the characters genders are reversed, and really its a whole new world but its the same world. Funnily enough the dog (Jake) becomes a girl cat in the new world, so not just gender reversal, but also the classic enemy of a dog as well. Gender swapping main characters could work for another cartoon that i want to reboot – but so could swapping gender roles of characters -so the classic superhero who saves the day is a woman rescuing a man (although now fairly common as a thing now) there are more subtle ones, and also negative-ish ones as well.

Harvey Birdman, Attorney at law is a character from a 1960’s TV series called Birdman and the Galaxy trio. The main character was reboot as an aging superhero who now practices law in the modern day – and they occasionally mention his crime fighting ways and arch nemesis’s in this future. Its a parody of its former self and plays on a lot of popular culture references, and features other golden age animated characters that come into the practice for Harvey’s help, which i think really fleshes out the animation, as i had never really heard of Harvey Birdman, but i have heard of a lot of the famous characters that appear on the show. Its as every Hanna Barbara cartoon character lives in the same world and time, and it can get pretty surreal actually – which allows the characters and stories to be more interesting and involving.

I really like the ‘famous’ cartoon characters that feature in Harvey Birdman, they really help to make the cartoon more engaging and interesting as each episode you don’t know who its going to be and what problem they are going to have that Harvey will try to help them with. Perhaps i could reboot two cartoons into one cartoon?

The Power Puff Girls are three super hero children who save the world on a daily basis from evil bad guys like Mojo Jojo! They live with their scientist creator dad. A reboot could see them all grown up. Although i like the idea of rebooting them as they are in the regular world. They are actors who don’t have super powers, and the story is about life in the real world as child actors. The girls would still be seen as action heroes, on screen and also when they do incredible things in real life. It could be that when they are portrayed as being heroic in the real world its in a realistic and loving way, like sacrificing something they like to help someone  – just being good people. This would mean that they could be seen saving the world as action heroes, but also as more rounded and real people who in a world like ours, where none of us have powers, they are just decent people (which is rare enough and would be good role model stuff and stuff).

Topcat is an animation about a gang of alley cats in New York, the leader is called Top Cat and he comes up with ingenious plans for the gang to get into trouble! Its a great set of characters that could be rebooted with a new series for a modern era.

The main character are the gang; Top Cat, Benny the Ball, Choo-Choo, Brain, Fancy-Fancy, Spook and Officer Charlie Dibble. Six members to the gang, Topcat the leader and five followers/henchmen! They are wise-cracking and smart animals who are down on their luck and figure out schemes that will make them rich or at the very least fill their bellies with food. its honest, but also cheeky, they sometimes go too far, seemingly, but its all in good fun and in classic cartoon fashion its all ok in the end. 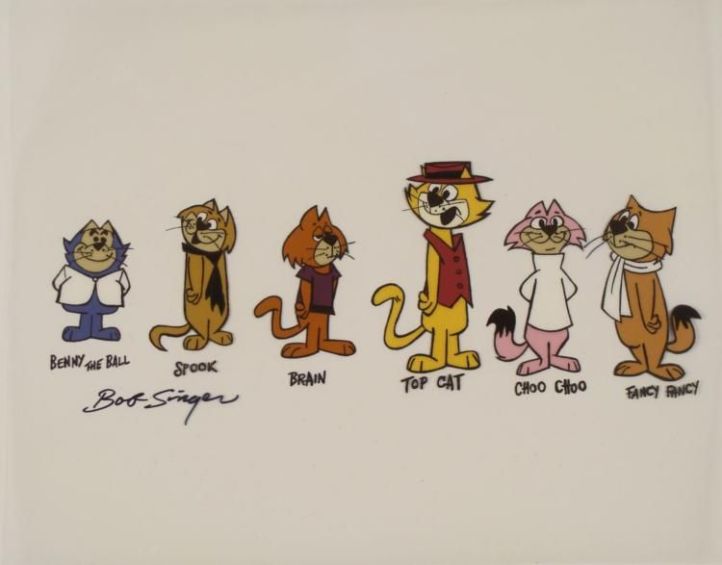 Rebooted in the modern day – what are the differences? How does this translate? I guess their scams will be updated – and they will be more tech savvy? Although they were always very practical.

What could the gang do? They would all need to work together somehow, either as a load of lazy alley cats in modern day New York, hustling their way through life like the original. Or it would have to be some kind of Harvey Birdman style, where they now have jobs, whatever those jobs are… Perhaps they could just live together and all the characters have their own thing going on, like ‘Friends’ or ‘How i met your mother’ or something.

They could be a private eye organisation, it could be their latest in failed jobs/ companies that they make reference to now and again (like for example maybe ‘this never used to happen when we were a salon’. Topcat is still the leader still, and their clients could be unsure about using them as they appear somewhat dodgy (in a funny way) – because they are always hustling their own stuff as well. Anyway each episode a different character comes to them for help and they do what they can to help – investigating things and people, stealing things back from people (like a pet from an ex wife) and getting into trouble like that.