This is almost all the artwork i have created for the character i created called P-slice, the amazing slice of pepperoni pizza that was brought to life by a superhero. 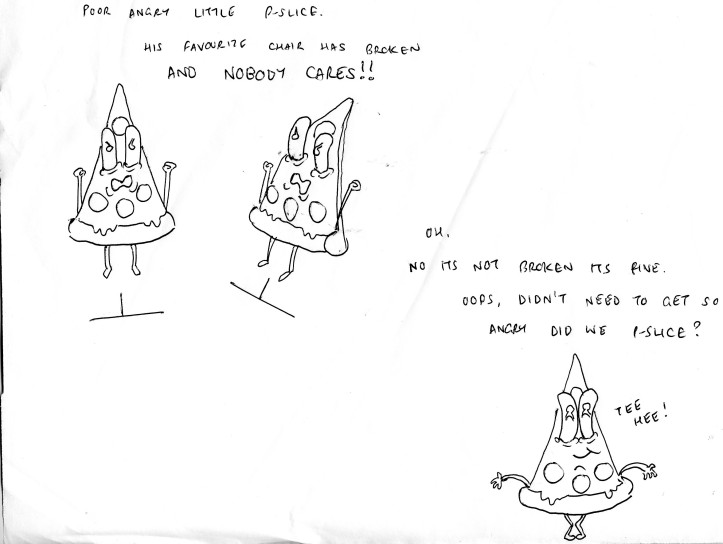 Some of it is just doodles, but there are expressions and a turnaround in there as well as some poses and action shots of P-slice. 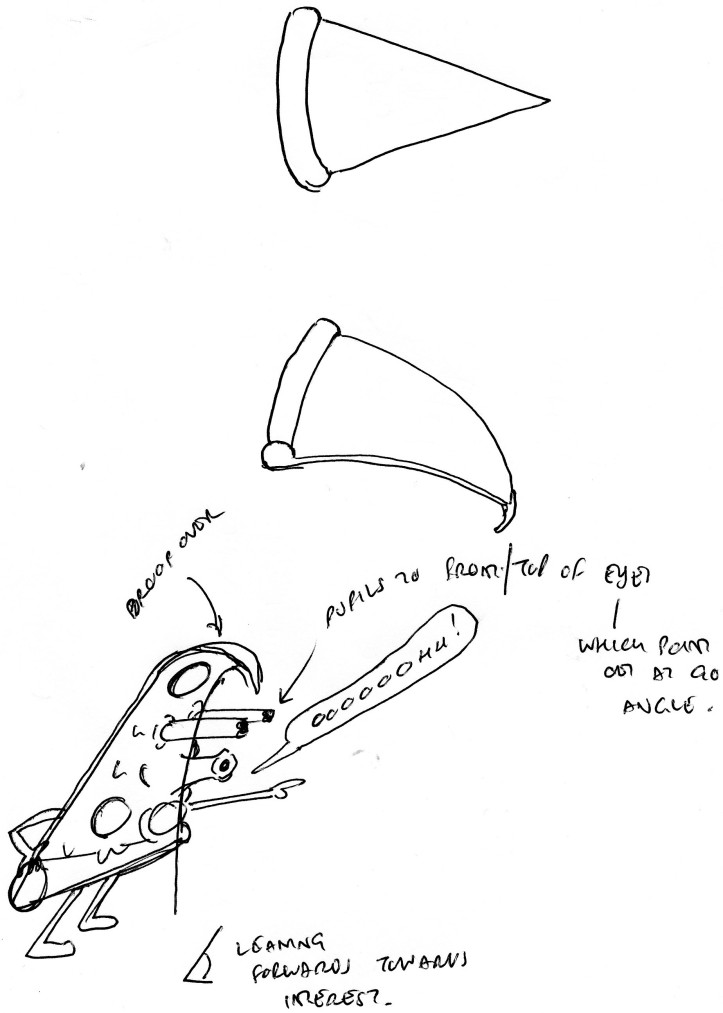 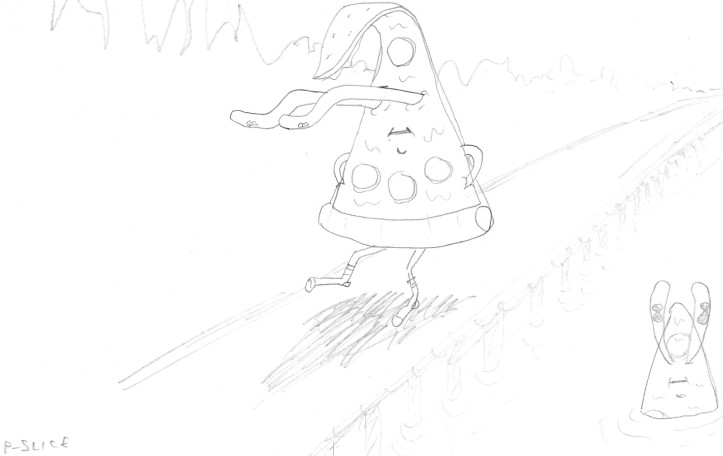 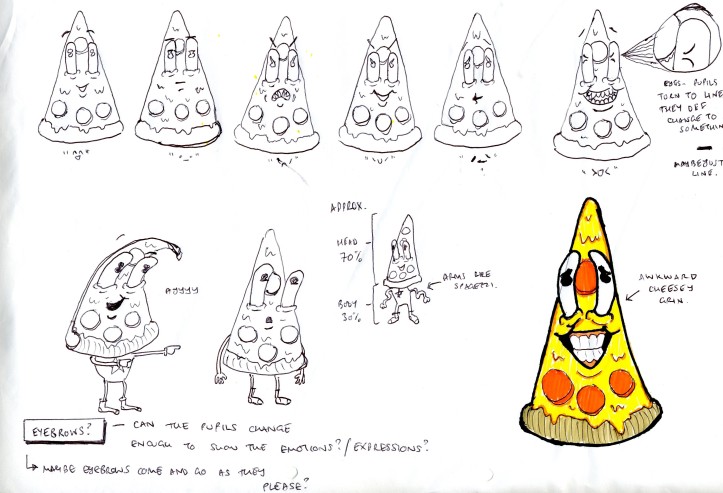 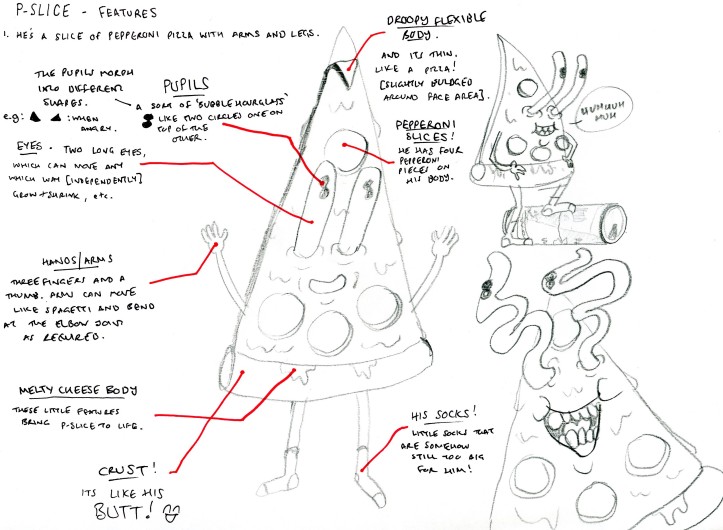 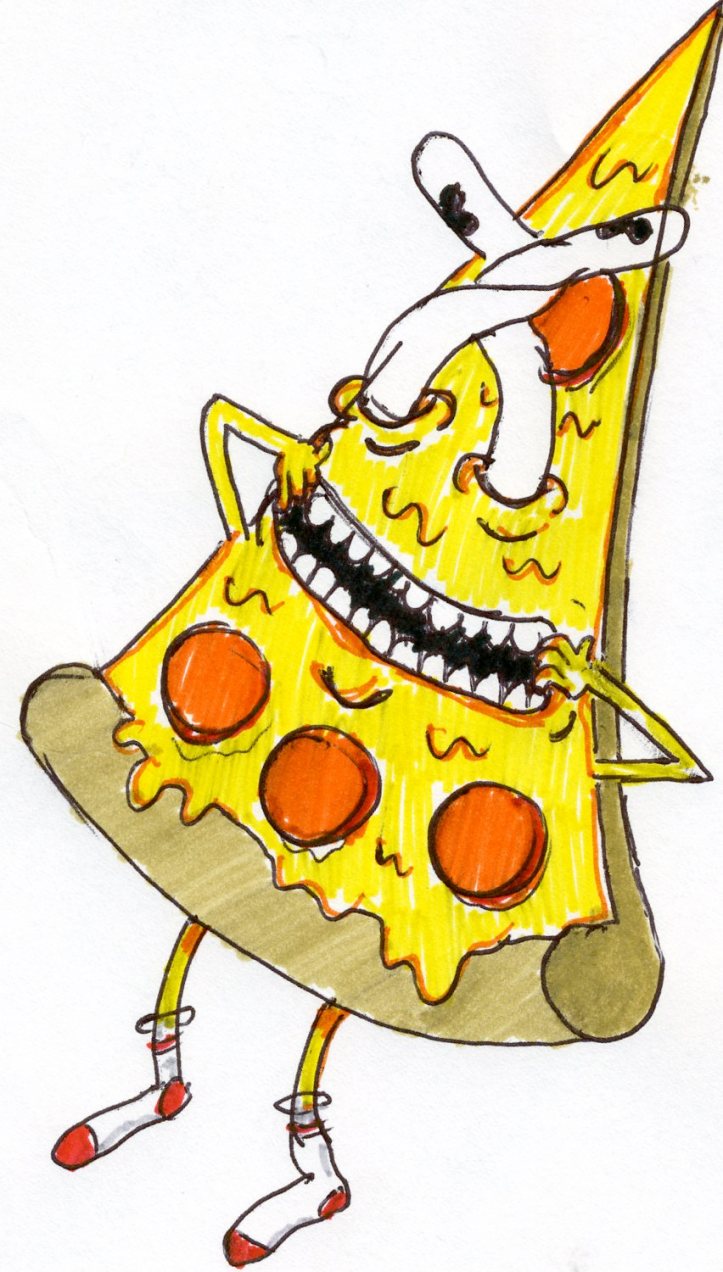 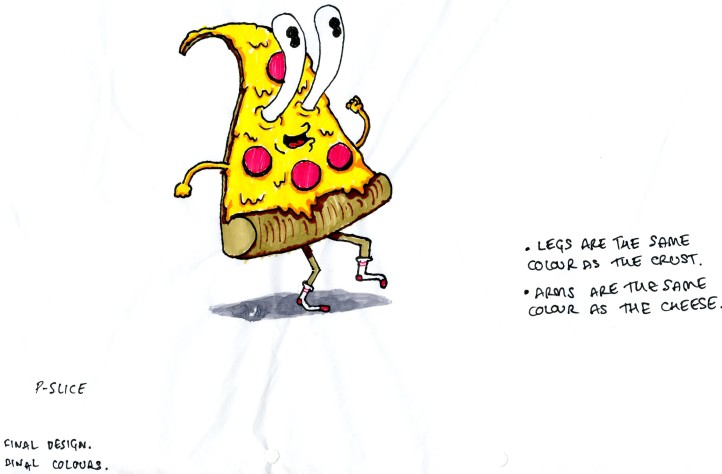 I much prefer P-slice’s final design, where his body is just the pizza, its 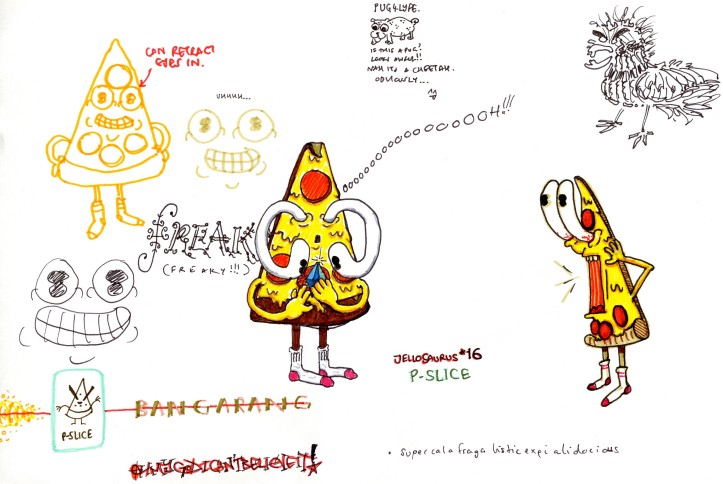 I was just doodling some of p-slices’ friends and i liked the idea of a snails shell being brought to life when the superhero sneezes in his garden and the superhero not realising, and the snail just carries on snailing while this sentient shell comes alive and tries to come to terms with life on the back of a snail. Now and again he would show up on the snail and then be unable to direct the snail and be taken off wherever the snail wants to go. A bit of comic relief really..