Hanna Barbera were big producers of animation during the ‘golden age’ of American animation (roughly the 1920’s through to the 1960’s), with famous characters like Yogi bear, Top Cat, the Flintstones and the Jetsons to name just a few. The animated style is immediately recognisable as a Hanna-Barbera cartoon, they have their own identifiable look, from the character and set design choices through to the actual animation style itself. 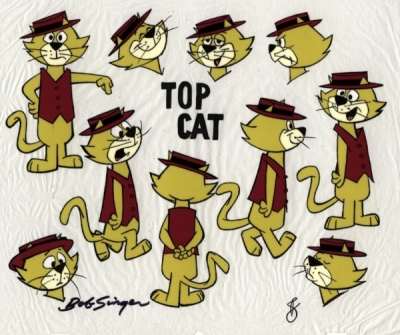 Top Cat and the gang! This helpful sheet helps animators reference the heights of the characters compared to one another. Below that is a turnaround sheet, which shows the characters in different angles, which again is helpful as a reference for animators when they are animating the scenes for the show.

“Heavens to Murgatroyd even!” 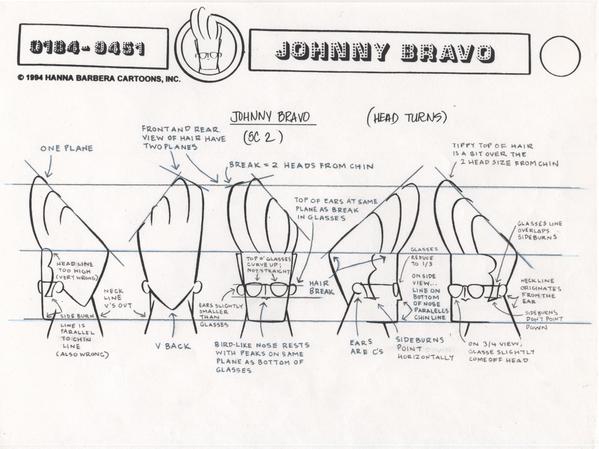 This turnaround is useful because they have also made sure to put in ruler lines which help to keep everything at the right height and size when animating Johnny Bravo.

So The Flintstones was originally going to be the Gladstones?! huh, TIL.

Wacky races was one of my favourite Hanna-Barbera cartoons growing up , and that’s in no small part thanks to the amazing and interesting characters that take part in the races, each characters had their own custom race-car as well, which reflected their own personalities and helped to define and identify the characters. . 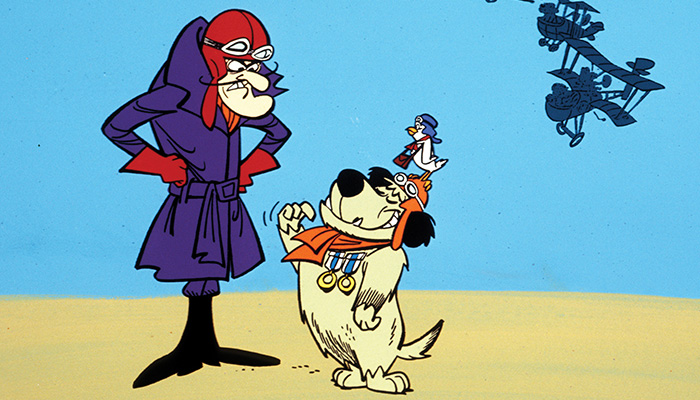 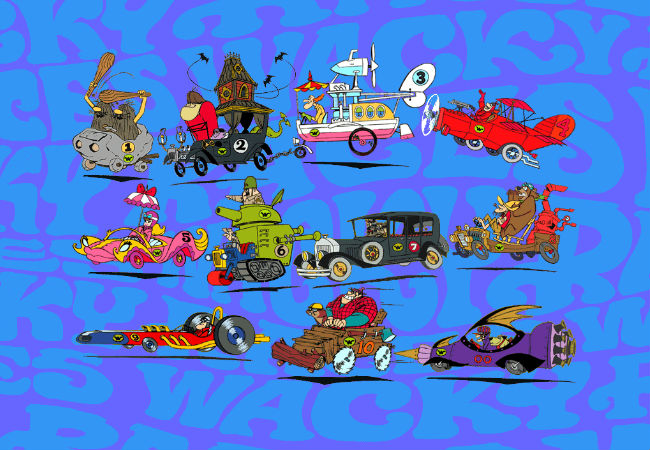