Some more ideas for The Line project

Ok so one of my favourite things is coming up with ideas for stories, and then crudely sketching them out in storyboards. There may come a time later when i wish i’d just picked a dang idea and stuck with it because the deadline is always looming and i’ve got several unfinished animations on the go or something..

So anyway here’s a couple more potential ideas, although the first one is just terrible, like really bad, its probably better you just skip it to be honest with you, its really not very good. Hopefully you’ll see what i was going for and where the idea came from but really its awful! 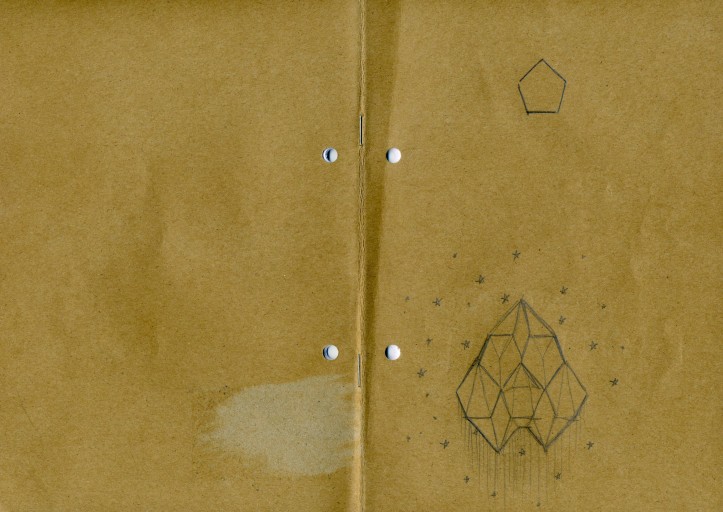 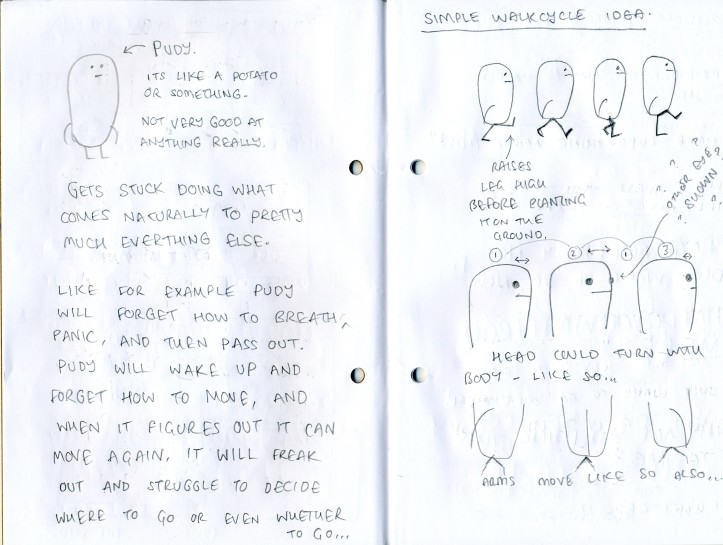 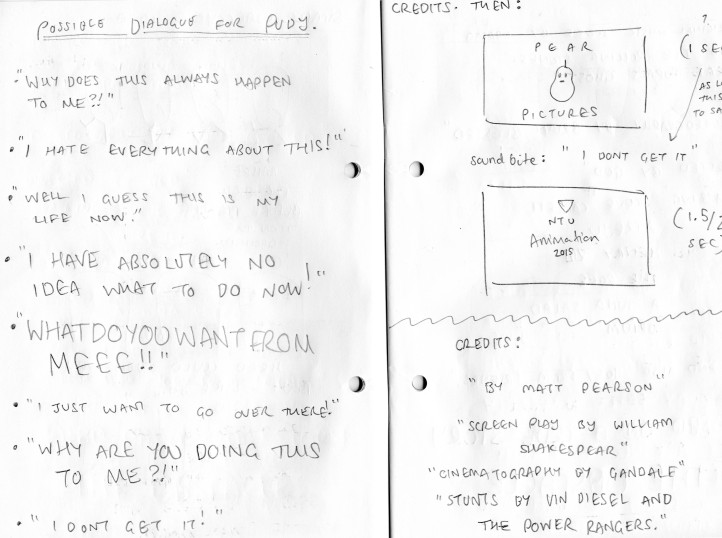 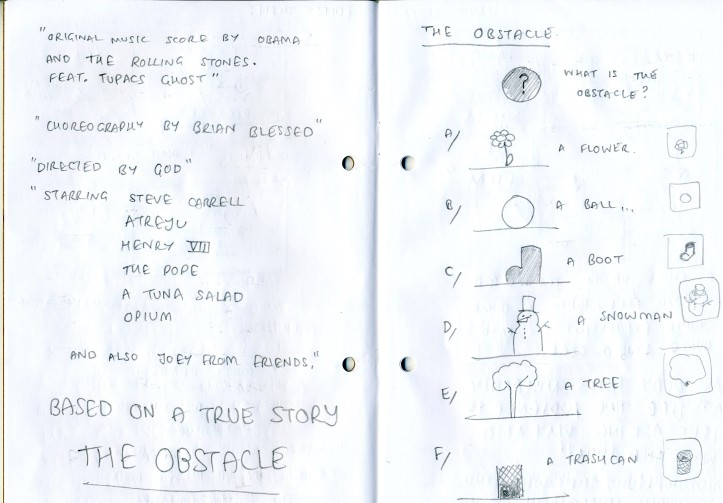 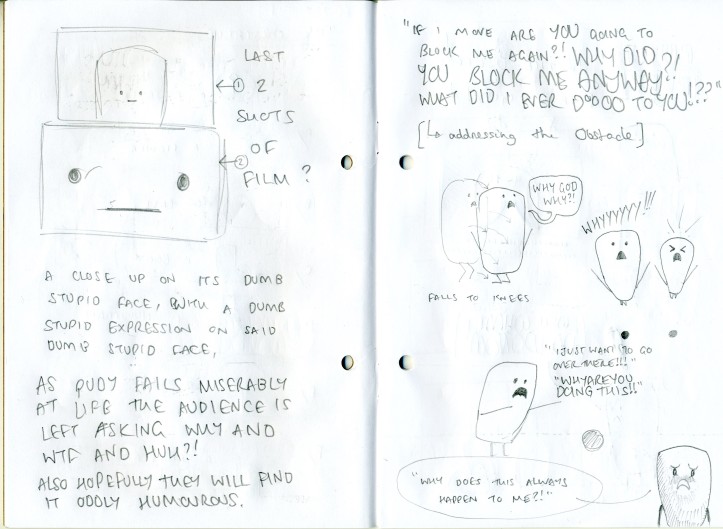 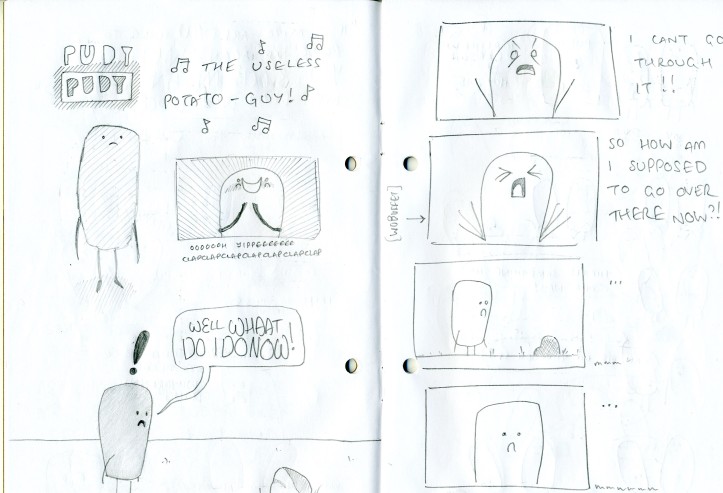 Pudy and Soma ‘The Obstacle’ short animation made on my phone:

When i time this dialogue and add pauses for action (walking etc) it comes to about 29 seconds give or take (generally give really) so thats 2/3rds of the story planned out and i’m pretty happy with it in general. There is a goal, its over there. The characters walk towards the goal and are faced with an obstacle.

But i’m not over the moon about the next stuff so i’m going to keep my mind open to different endings and maybe will storyboard a couple more and i may animate more than one ending depending on how i feel and time constraints, etc.

At the moment the story is about two characters that have decided they are going to go over there. Why are they going over there? Because Soma suggested it to Pudy and Pudy said yeah I’ll go over there with you.
So anyway they are going over there when suddenly something is in their way. This obstacle stops the pair in their tracks. They consult each other on what to do but ultimately they are completely stumped with no idea how to tackle this situation. The audience is made aware that there is probably loads of room to go around the obstacle, but our pair have absolutely no idea it seems.

Now this is where Soma will generally have a breakdown and Pudy as usual will be unhelpful at best. He will basically be unaware of the problems facing them, as Soma freaks out more. i’m just not sure whether to end it on Soma down on his knees screaming to the heavens WHYYYYYYYYYYY???? And then Pudy will just be there like derp a derp a derpderp. But i’m not sure how strong that is, although i like it i’m going to think about it more as i animate the other stuff.

Extra notes on stuff and things:

Starting to think about animating speech and i had a look at rejected a little bit closer to see the different mouths he uses when animating speech. Its rather simple and fits what I’m trying to achieve really well. His simple characters do really look like they are talking, even though its so simple, so i need to try and reproduce that kind of look and feel.

HEY! Maybe the obstacle could be something that blows away in the wind. So after a while the problem solves itself.

Or they could just like notice their shadows and until the sun moves enough they don’t think they can move forwards Would be funny animating them waiting for hours while the sun slowly moves across the sky until they realise they can move, then it goes dark as the sun goes down and they both freak out because now they are paralysed!

‘Waiting for Godot’ is a surreal play by Samuel Beckett.

Samuel Barclay Beckett (/ˈbɛkɪt/; 13 April 1906 – 22 December 1989) was an Irishavant-garde novelist, playwright, theatre director, and poet, who lived in Paris for most of his adult life and wrote in both English and French. He is widely regarded as among the most influential writers of the 20th century.

Godot’s absence, as well as numerous other aspects of the play, have led to many interpretations since the play’s 1953 premiere. It was voted “the most significant English language play of the 20th century”.

Pudy and Soma are similar to this play in that they can never move on from the obstacle and are therefore stuck in place. They talk about the problem of the obstacle but can never find a solution. like the pair waiting fro Godot they never actually achieve their goal.

Sesame Street had an episode in March 1996 in a segment called “Monsterpiece Theater” entitled “Waiting for Elmo”, where Grover and the Telly Monster wait endlessly at a dead tree, without Elmo showing up.

The angriest dog in the world (1983 – 1992) was a comic series by David Lynch, in which a dog is so angry it literally cannot move, the only thing that changes between the comics is the dialogue.

“Well, I had tremendous anger. When I began meditating [in 1973], one of the first things that left was a great chunk of that. I don’t know how, it just evaporated.”

Why is the Angriest Dog in the World so angry?

David Lynch: “That’s a mystery. Certain clues come from the world around him.”

How much time have you spent on that strip in total?

David Lynch: “A long time. I’ve been doing it every week for seven or eight years. Every Monday is Dog day because I have to come up with a dog, and occasionally I’ve gone as late as Wednesday, but there’s still time to get it in the paper.”

“Yes, it is perverse because the humor in the strip is based on the sickness of people’s pitiful state of unhappiness and misery. But it thrills me.”

This is somewhat reminiscent of Pudy and Soma who cannot move for not anger, but stupidity. Although i will be playing around with their emotions as well and one or both of them may become angry or sad or something..

I’m thinking about Pudy being angry at the news there is an obstacle in their way stopping them from going over there. Pudy will potentially become really angry and then very very unhappy about the news. I think it would be funny to see this character imediately lose it over something so silly and out of their control. Soma is not very considerate and only wants to know how they should tackle the problem in front of them, but Soma has no idea how to deal with it at all. So Soma relies on Pudy, but Pudy is an idiot, and an emotional wreck! So Soma tries to keep it together and form a plan, but he requires Pudy to tell him what to do. So Soma must figure out a combination of things which will get the information out of Pudy. If Soma cannot get Pudy to figure it out, they never will! Soma is never really angry with Pudy either, he knows Pudy is trying and its probably his fault they are in whatever predicament they are in. So Pudy will be angry with the situation and the obstacle, but never yell directly at Pudy. Because that would be mean, and Soma is not mean, even if he isn’t the best ever.