Adrian Tomine – artist/illustrator from Sacramento, California, USA. He is a fourth generation Japanese American, his parents divorced when he was two and they each spent part of their childhoods in Japanese internment camps during World War 2. He self published his comic Optic Nerve which he continues producing as a regular comic book series for Drawn & Quarterly, a publishing company based in Montreal, Quebec, Canada. It specialises in comics and graphic novels, and at least initially in underground and alternative comics, but has since expanded to include classic reprints and foreign works too. 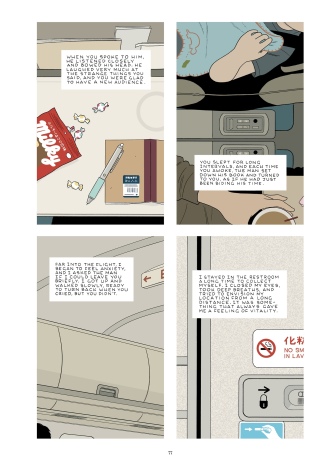 Tomine has a contemporary style.

Vincent Mahé – Paris based illustrator who also goes by the name Mr Bidon. He illustrated the life and work of Le Corbusier, a prolific Swiss-born architect who pioneered modernist designs and was responsible for the city of Chandigarh in India; a massive urban planning development.

Vincent’s peach and mint green illustrations trace the architect’s life, from his beginnings in a small Swiss city near the French border studying at the local art school to his stint contributing to and later editing the magazineL’Espirit Nouveau with painter Amédée Ozenfant. They also capture everything in between designing his famous Villa Savoye and living out his days, largely naked, by the Mediterranean at Roquebrune-Cap-Martin. 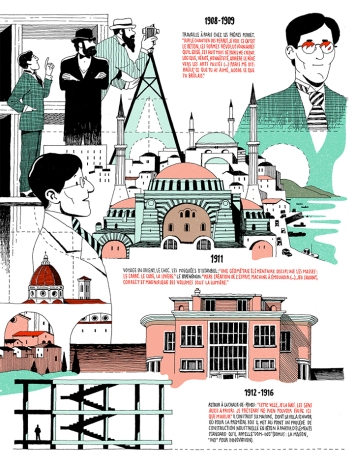 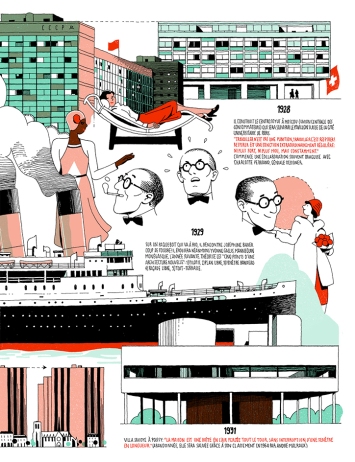 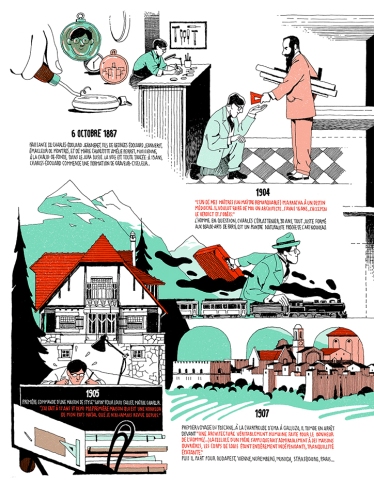