Using found objects and in groups we have been tasked with creating a 30 second stop-motion animation which tells a story using the three act structure of how two objects eliminate the third. I am in a group with James Hodgkinson and Max Jacobs.

Stop-motion is the animation technique of moving objects frame by frame to create the illusion of movement, often in stop motion animations puppets which are designed to move and emote are used, but we will be using found objects, which limits us to what we can actually do, but it also informs the kind of story we will come up with.

‘A Town called Panic’ is a movie that perfectly represents the style of found object animation that we will be trying to achieve for this project. 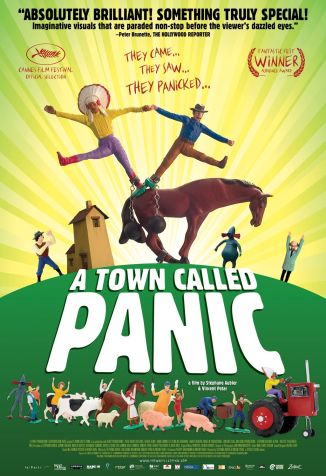 “I told you we should have bought him a hat!” -Cowboy

The zaniness of the style matches the zaniness of the story in A Town called Panic, which goes from silly to ridiculous but keeps you entertained throughout. We will only be making a 30 second film, but I cant help but think if you took some 30 second snippets out of this film you would actually be able to tell some pretty hilarious little stories.

The Cravendale advertisements use a similar style to very similar effect, with using found objects and comedy. In fact adverts are normally around 30 seconds and have to tell a story of sorts which people remember because the company wants their product to be associated with a good/funny commercial. 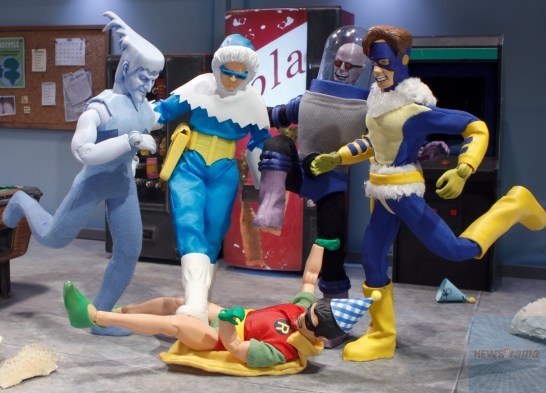 Robot Chicken is a stop-motion animated TV show which uses some found objects in the form of action figures and toys. The animators use mouths and eyebrows drawn on paper and stuck onto the figures to create the illusion that they are talking and to form simple emotions on their face. 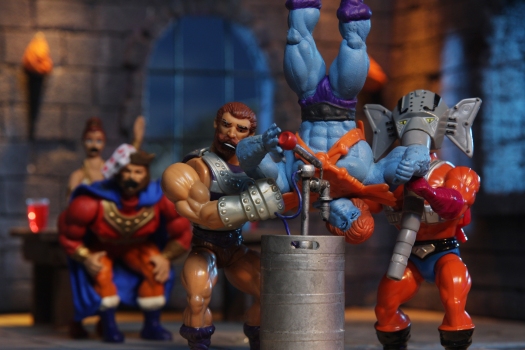 The story for this project features three characters, Two of which are trying to get rid or eliminate the third.

#1 A band of three friends, (a drummer, rhythm guitarists and lead guitar and vocals), two of which want to get rid of the third. Could be comical with the music, maybe the third guy only wants to do songs about butts, and the other two just cant take it anymore!

#2 Three climbers are climbing a mountain. Then they fall because of an avalanche (or something) and are suspended by their guide ropes over the edge of a big cliff. Then the guy at the top wants the guy in the middle to cut the guy on the bottom off the rope so they can get back to safety and finish climbing to the top of the mountain. I imagine the explorer guy trying to convince his loyal but kind sidekick to cut the rope and save themselves. Maybe when the rope is cut the joke is that the third guy doesn’t fall far and is fine!

#3 Two characters must escort a third to be sacrificed to the Halloween Pumpkin!

#4 Some naughty characters try to lure another to his death, but ultimately fail every time, maybe even resulting in them ending up in a very precarious position at the end of the story.

#5 Story using food as the found objects (maybe with googly eyes or something) who all try to not be the one chosen to be eaten. Until one is finally eaten by a giant hand from the sky to much rejoicing, and right at the end the characters all become suspicious of each other again. (so they end up back at square one and the cycle continues).

This is a variation on idea #2 about the climbers. We spoke about it as a group and went over a few different versions of this idea about characters being suspended by ropes together end making the tough choice to cut the rope. This is a rough animation of that idea:

I know that two characters are eliminated in this version, and the brief asks for two to eliminate a third, but I think that this works well and the whole joke is that the character ends up cutting the wrong part of the rope and being eliminated, when had he done it right he would have been fine.

I like the joke in this idea. The fact that in this tense dramatic life-or-death situation this character can make such a silly mistake and the other characters reaction to that mistake. The silence and stillness at the end of the film after the rope is cut and the last guy is left standing at the top alone holding the rope is supposed to starkly contrast the previous drama and also really punch home how big of a mistake that was. Then it cuts away. If anything the audience should then reflect on their own lives and how completely quickly life can be taken away. But I’m hoping that the audience will see the joke and feel for the guy who is left all alone at the top, and for the moron who just sealed his own fate, and actually also the poor mule who’s fault the whole mess was in the first place! 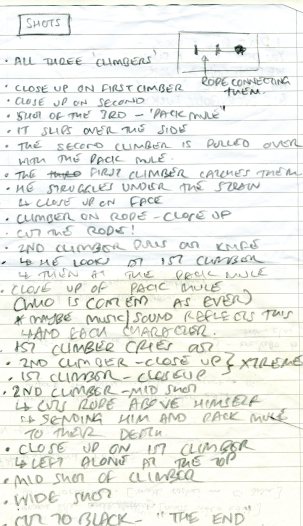 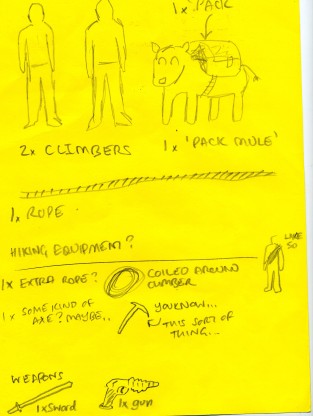 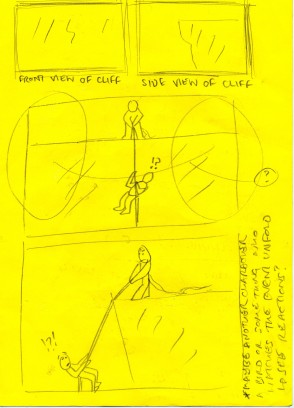 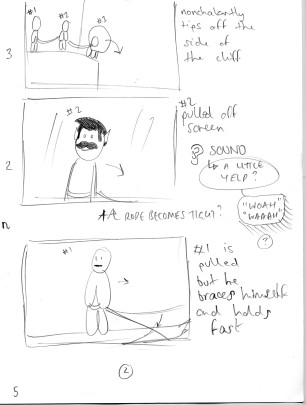 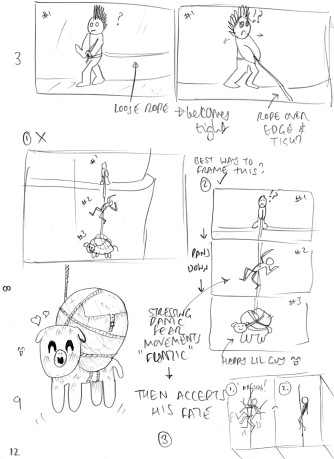 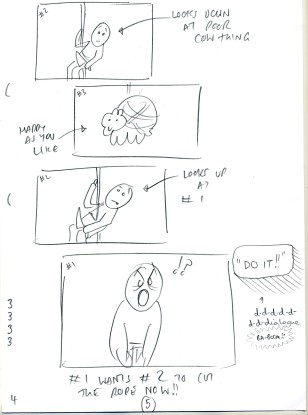 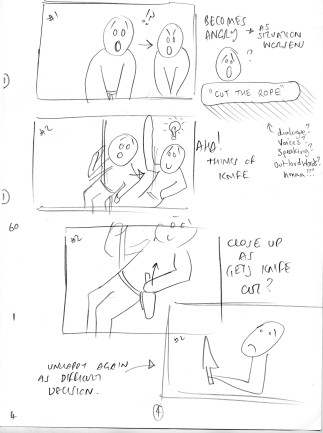 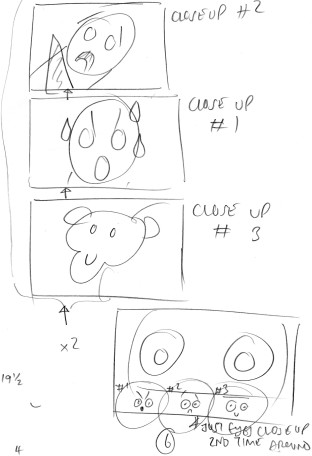 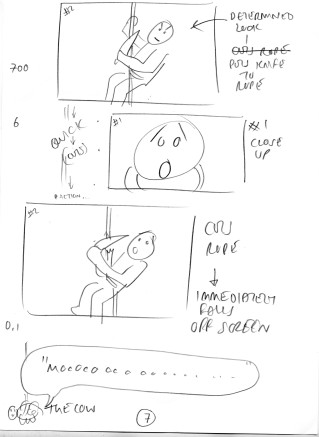 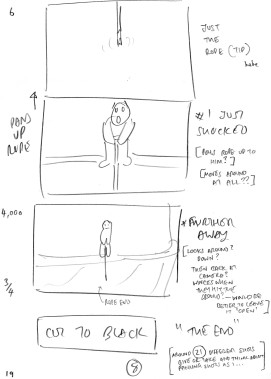